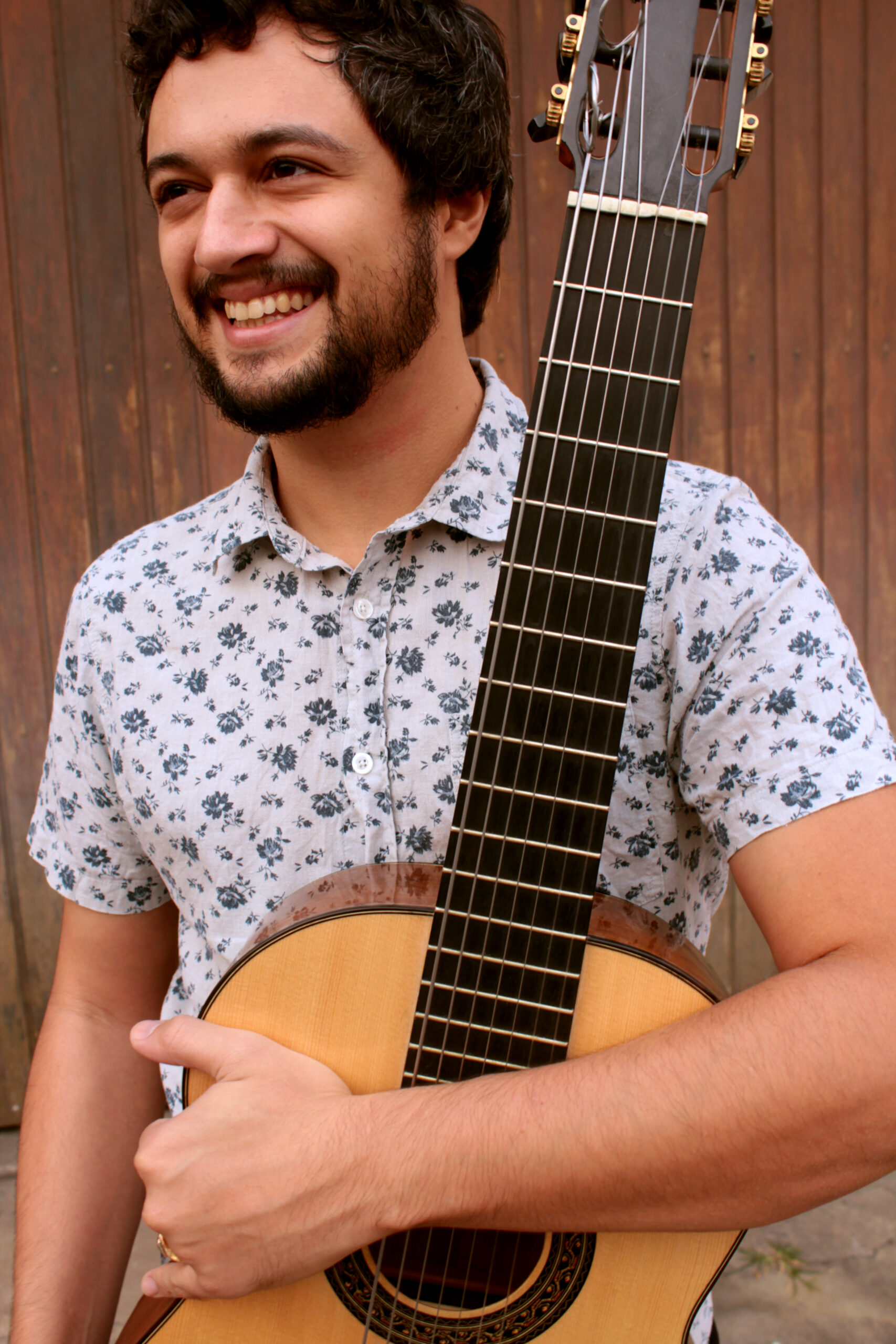 Gian Correa is a 7-string guitarist, composer, arranger and producer. He began his musical studies by playing cavaquinho in rodas de choro as a child, encouraged by his father. He later studied traditional Brazilian guitar at Cantareira College. While in college, he also studied arranging and harmony with Claudio Leal and composition with Gustavo Bugni. His most recent projects include a duo album with mandolinist Fábio Perón, entitled, “Moderno é Tradição” (Modern is Traditional) and a tribute to Paulista composer Esmeraldino Salles entitled “Esme.”

Last year he released his second album, Remistura 7 (YB Music), recorded on CD / DVD at Studio 185 Apodi at SESC Pompeia. The album received wide public and critical acclaim, having been voted one of the top 10 albums of 2016 by Brazilian music critic Carlos Calado and one of the best albums of the year by Itaú Cultural.

As an educator, Gian teaches at the Ibirapuera Auditorium School and has taught guitar courses at the Jericoacoara Choro Jazz Festival in Fortaleza, the Ourinhos Music Festival, Camp Sambaíba. He has also taught workshops at the Brasilia Music School, Choro Club of Brasilia, Club do Choro de Paris and the Avaré Choro Festival. In 2016, he launched his first fully-online 7-string guitar course, based on Dino 7 Cordas recordings. He is also a founding teacher of the new Escola de Choro de São Paulo.

Here’s Gian with his own Quinteto. Of the four musicians joining him here, two will be on staff at Choro Camp in 2020—Henrique Araújo (cavaquinho) and Fábio Peron (bandolim)