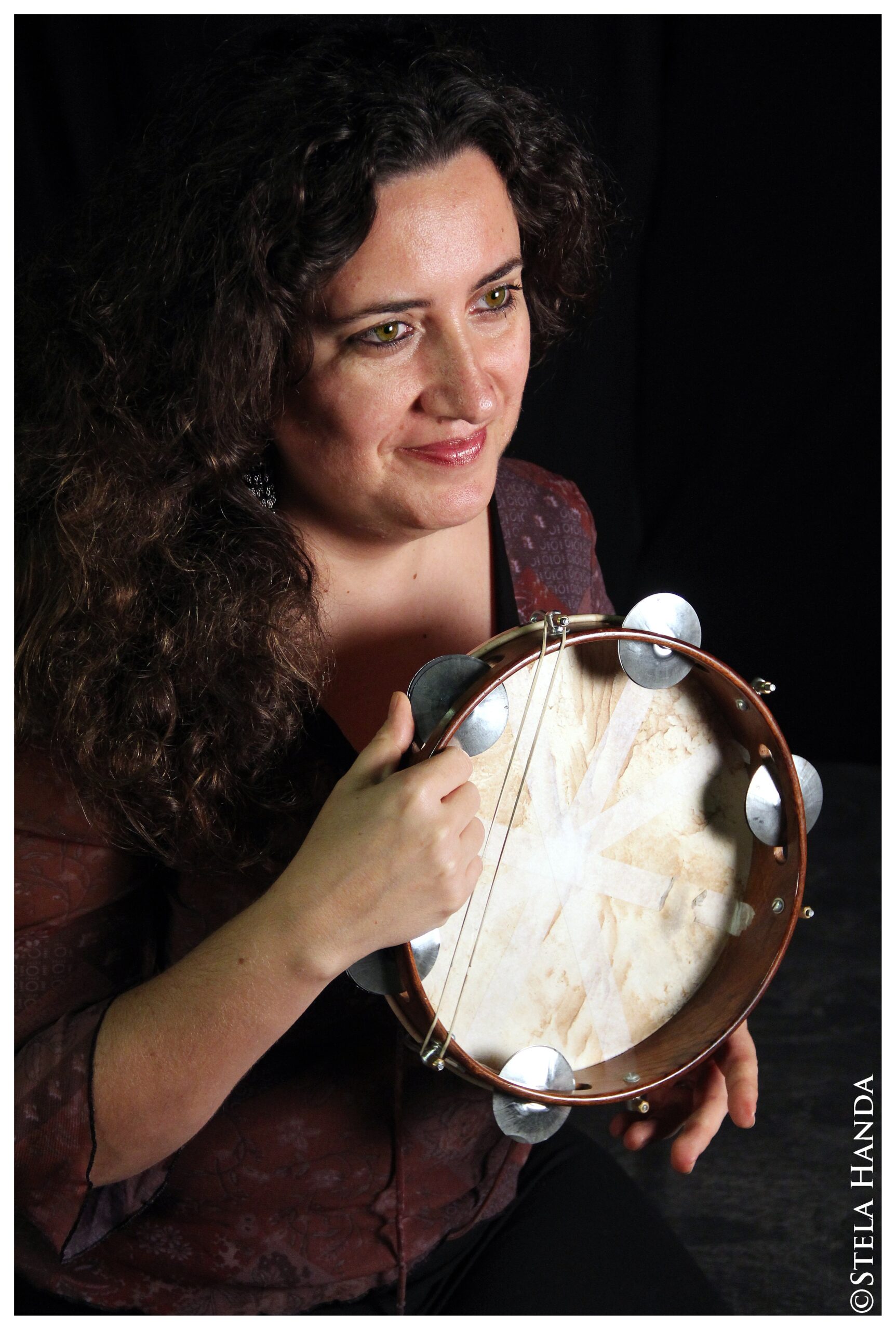 Roberta Valente is not only a prominent pandeiro player, she is also an educator, producer and scholar of choro and samba. For years she played weekly at Ó do Borogodó—an historic bar in Sāo Paulo famous for featuring traditional Brazilian music—with a group by the same name, most of whose members are also teaching at Choro Camp in 2020. She has been a member of Bola Preta, Choro Rasgado, Chorando as Pitangas, Trio Mandando Bala and several other groups.

In addition to working as a performer, Roberta is a researcher and producer of choro and samba events. To list but a few, her productions have include Panorama do Choro 1 and 2 featuring Alfredo Del Penho (SESC Pompeia, 2017), Grupo Ó do Borogodó (SESC Santana, 2019), Chorando as Pitangas invites Danilo Brito and Yamandu Costa (SESC Prudente) and the Centenary of Jacob do Bandolim (SESC Pinheiros 2018) with Hamilton de Holanda, Danilo Brito, Fabio Peron, Izaias de Almeida, Milton de Mori and Carmen Queiroz.