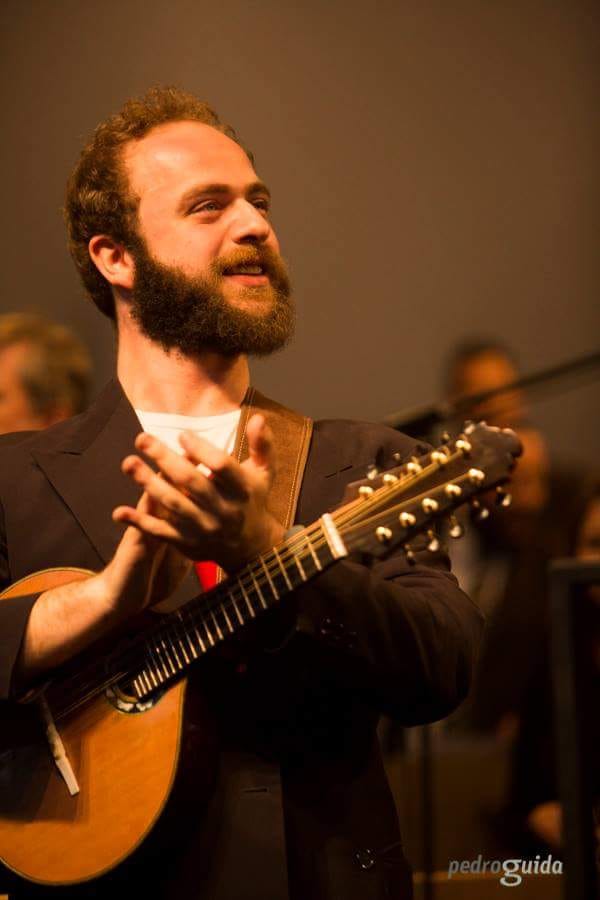 Although only 28 years old, Fábio Peron is already considered one of the ‘most talented bandolim players in the Brazilian music scene’. With comparisons of his playing being made to that of Hamilton de Holanda, the young Paulista is not only considered a virtuoso on his instrument, he also plays the 6 and 7-string guitar and cavaquinho.

Fábio’s parents, Vera Cury and Italo Perón, performed in the legendary choro ensemble of Izaías Bueno de Almeida, so his formative years were infused with great music. Fábio had the opportunity to actually live with Izaías, and credits this experience as a major influence on his decision to dedicate his life to the bandolim. In a recent interview, Fábio made clear another debt—this one Joel Nascimento’s 1987 album, “Noites Cariocas.”  It’s only fitting, then, that the two should release a CD together some 20 years later, “Jacob Do Bandolim 100 Anos – Sentimento & Balanço.”

Other recordings and collaborations include: “Fábio Peron – Em Boa Companha,” “Roupa na Corda” with Arismar do Espírito Santo and Lea Freire and “Alma de Músico”, with Thiago Espírito Santo and Mestrinho. In 2015, he released his second solo work “Fábio Peron e a Confraria do Som”, recorded with a wide collection of guests, including a couple who will join him on Choro Camp staff this summer: Arismar do Espirito Santo, Thiago Espirito Santo, Izaías Bueno de Almeida, Alexandre Ribeiro, Ricardo Herz, Chico Pinheiro and Zé Barbeiro. In 2016 he released a trio album with Zé Barbeiro and Danilo Silva entitled “Afinidades”.

Fábio studied music at Santa Marcelina College (FASM), and is currently a professor of bandolim at Cantareira College, São Paulo.