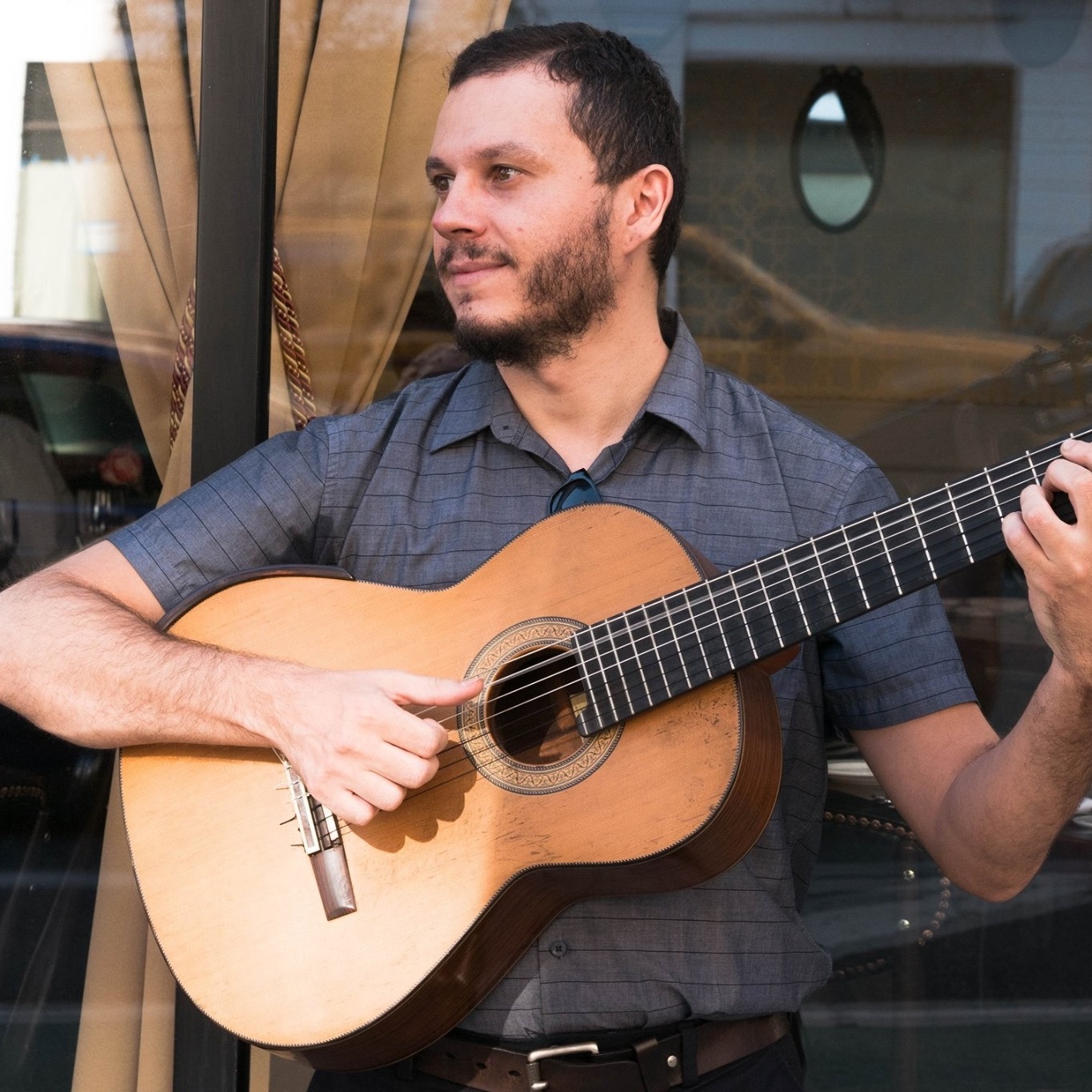 Born in 1987 in Minas Gerais, Cesar Garabini is an Italian-Brazilian guitarist who fell early and hard for music. He remembers being inspired while walking home from school at 13, seeing two musicians playing classical guitar. Now audiences  of all ages can turn to Cesar himself for inspiration—and Choro Campers have the opportunity to turn to him for guidance.

A citizen of the world, Cesar has lived in Brazil, Italy, and the United States, and each has influenced his development as a musician, teacher and performer. In 2009 Cesar started putting together samba, bossa nova and chorinho ensembles, performing in Florence and other regions of Italy. In 2011 he moved to New York City, where he has performed a wide variety of musical styles with an even wider array of artists, including Anat Cohen, Olli Soikkeli and Tim Connell. His steady choro gig is with the esteemed Regional de New York, several of whose members will grace our staff this year. They perform regularly at clubs around the city and, in the best of choro traditions, host a roda at Beco Bar in Williamsburg monthly.

In this video Cesar accompanies Tim Connell on the choro classic, “Cadência,” by Joventino Maciel. Throughout much of the video the camera is focused on Tim, but keep your ears open to 7-string choro accompaniment in the hands of an expert.