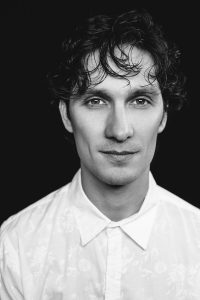 Growing up in Rio de Janeiro, Vitor Gonçalves was infused with the rich traditions and colorful history of Brazilian music. His first instrument was guitar, which he took up at age 10. Later his father bought a keyboard for his sister. She never played it, but Vitor sure did. He also took up sax and played that instrument with a number of bands early in his career.

While still living in Brazil, Vitor worked as an accordionist and pianist in the Choro, Samba, Forró and Jazz scenes, sharing the stage with masters like Paulo Moura, Zé da Velha, Elza Soares, and Emílio Santiago. From 2008 to 2011 he was part of the legendary singer Maria Bethânia’s band, with whom he recorded two albums, a DVD, and toured the most prestigious venues in the world.

Now residing in New York City, Vitor is a frequent resident on the stages of Jazz at Lincoln Center, The Jazz Standard, and the Jazz Gallery. He both leads his own projects and collaborates with figures in the New York scene such as Anat Cohen, Vinícius Cantuária, Anthony Wilson, and Cyro Baptista. Vitor keeps his choro chops honed by working regularly with the Regional de NY, one of the top choro groups in the US. He taught at Choro Camp New England last year, to rave reviews.